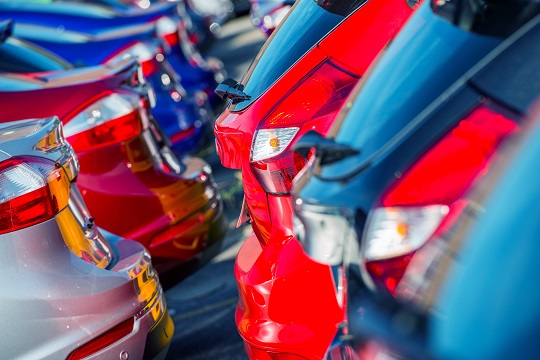 If you thought the love of the open road was going the way of the dinosaur, think again. Not to say the world isn’t changing, and with ride-sharing services all set to redefine America’s relationship to the automobile, it’s not unreasonable to suppose that someday, quite soon in fact, the particular love that a person can feel for their very own car would become a thing of the past.

The 20s and 30s generation – the “digital natives” who’ve never experienced a world without tech – see things differently than their elders, after all. They’re more mobile-savvy. They’d rather acquire experiences than stuff. They don’t just want to balance work and life; they want to integrate it.

And they helped invent the sharing economy. Founders of Lyft, Airbnb and TaskRabbit, for example, were all born right around 1980 or later.

But does that mean they don’t want their own wheels? Not so fast.

According to a study from the San Diego consulting firm Strategic Vision, Bloomberg said, millennials want the freedom of owning a car after all. In fact, they don’t just want a car. They want a car even more than their parents do.

This insight was gleaned from something called the Customer Love Index, “which measures how much consumers like using and owning their vehicles based on 120 aspects of the car or service,” reported Bloomberg. On that scale, millennials are happier with their cars than any other generation. In fact, regular millennials love their regular cars even more than luxury car owners (of any age) love their luxury cars.

So why, then, did CNN report that millennials are fueling the growth of startups like Uber, on the grounds that they’d rather make memories than acquire possessions? According to Taylor Smith, CEO of Blueboard, millennials “aren’t spending our money on cars, TVs and watches. We’re renting scooters and touring Vietnam, rocking out at music festivals, or hiking Machu Picchu.”

The answer is twofold. Perhaps experience-seeking is part of it. But another part of this generation’s reluctance to buy cars is simply that they haven’t had the money until now. Due to student debt, unemployment and low incomes, millennials have been putting off a lot of milestones – buying a car no less than getting married and buying a house.

That’s changing. Millennials – once known as the “go nowhere” generation in the auto industry, according to Arkansas Online – are turning into big buyers.

It’s not exactly that CNN was wrong when it said that millennials are fueling the growth of ride-sharing startups. They are. At the same time, they’re also buying cars of their own. According to J.D. Power, millennials bought more cars in 2014 than Gen X did – first time that’s ever happened.

Meanwhile, Uber has a market – but it has more to do with taxis than private vehicles.

Stay informed. Stay prepared. Whether you’re insuring fleets or individuals, ride-sharing or private ownership, Silvervine Software will help you face the future with nimble, adaptable insurance software that allows you to adjust business rules on the fly – without a year of wait-time and a team of expensive software engineers. After all business changes fast – shouldn’t your insurance software do the same? Request a demo to learn more.