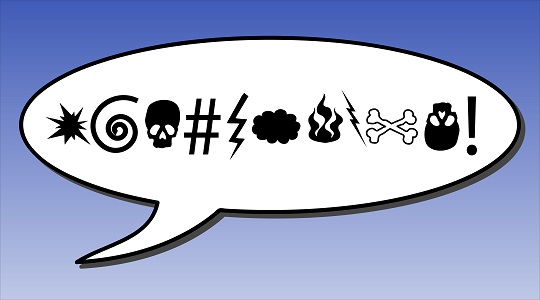 A C-level exec called “direct” a dirty word to Shefi Ben Hutta, contributor at Insurance Thought Leadership. We respectfully disagree. To be sure, selling insurance direct does constitute a break from the conventional industry approach. As such, it’s disruptive. But to make a break isn’t necessarily to break the model. Recent insurance technology innovations bring plenty of potential for implementations that are fully-aligned with standard insurance business models, and let’s not forget – disruptive can be good.

“When technologists think of disruption, they immediately point to Uber and Airbnb, which disrupted the taxi/livery and travel accommodations industries,” said Nick Lamparelli at Insurance Thought Leadership. “The taxi industry is literally fighting for its survival.”

That’s not the kind of disruption we’re talking about here. Broadly defined, disruption is simply a new approach to an old challenge, shaking things up by engaging it differently. “Disruption takes a left turn by … changing how we think, behave, do business, learn and go about our day-to-day,” said Forbes Contributor Caroline Howard. The result is “something new and more efficient and worthwhile.”

For example, big data and IoT have promised to disrupt insurance by using large data sets to “predict, avoid and mitigate future losses” with greater precision than actuarial science can achieve. “Getting a better glimpse into those unknown expenses can create massive competitive advantages,” Lamparelli said.

These disruptions are the kind that lead to new efficiencies, not the kind that force an industry to fight for its survival. The same goes for selling insurance direct.

Direct: a disruptive (not so dirty) word

Insurers who’ve decided to sell directly have certainly shaken the industry up, and in that sense, they’ve disrupted it. But as with the IoT disruption above, this brings potential not just for new threats, but new efficiencies.

So what’s giving “direct” that dirty smear? According to Hutta, it has to do with eliminating the middleman. When selling insurance direct means offing the traditional agency network, it carries a sour taste. No one wants to be eliminated.

But what if going direct could empower the middleman instead? It is possible for direct and agency models to function in tandem, allowing customers the convenience of shopping and buying online, while offering the assurance and immediacy of human contact as needed. That’s what Geico does, said Hutta. Meanwhile, Plymouth Rock matches online quotes to agents either before or after a purchase.

They’re not alone. This December, Berkshire Hathaway announced that it’s going to sell insurance directly to business owners over the web, and it’s no anomaly, either. “Geico, Policy Genius and Cuvva are examples of insurance companies that implemented a direct-to-consumer strategy from the get-go,” Hutta said. “Plymouth Rock and Quotemehappy.com … implemented a direct-to-consumer strategy in an attempt to address a change in the market.” Then there are others, like Allstate and AmFam, that bought their way into the direct market by purchasing other entities.

In any case, direct is here to stay. Conclusions?

For P&C insurers focusing on homeowners, auto and business products, we expect the direct channel to only grow more important through 2016. It’s clear that the time is ripe to explore how selling directly could complement one’s existing business model.

At the same time, the importance of the traditional agency network model remains. Insurers that find ways to weave the strengths of each approach into a logically-functioning whole can expect to do well. Of course, those that do so while accommodating customers’ mobile expectations will fare best.

Will your insurance technology facilitate these goals? Silvervine Software does. Effortlessly.

Request a demo today or contact me to learn more.