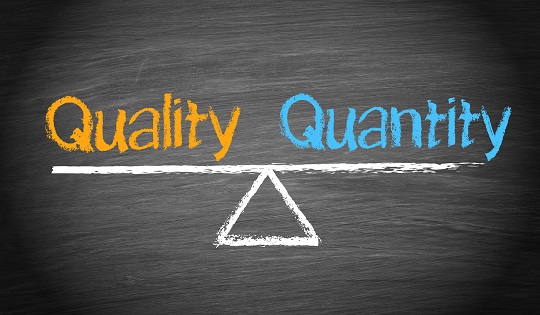 According to the tech news source, Information Management, the phrase “big data” has become the biggest turn-off in IT job ads – and there’s a good reason.

It’s dated. When the analytics startup Textio tracked 50,000 phrases commonly used in tech job listings, it found that “big data” now carries a negative connotation. People believe that “big data” refers to quantity rather than relevance. What is quantity worth if the data isn’t relevant, accessible and transformative? Not much.

Lest anyone dismiss the point as a foray into mere semantics, recall that language and thought both reflect and drive one another. This year’s turn-off phrases weren’t turn-offs last year. Change happens fast in insurance technology and the shift away from big data reflects a shift in priority. Quantity is great. Relevance is better.

Other observations from the Textio study

Why is big data old news? In an industry that moves at the speed of, well, technology, dated language has no place. Neither do dated priorities or dated tools. Software and language follow the same trends, and judging by the Textio study, today’s enterprises stand on shaky ground if their technology doesn’t deliver high availability and real-time data within a robust and scalable ecosystem.

Insurance execs need to stand ready with the right software platform. “Insurance, like many other industries, is facing sweeping changes driven by a confluence of business and technology forces fueled by innovation,” said Deloitte in its Tech Trends 2015 report. “Insurance companies understand they likely need to become more customer-focused, easier to do business with, more nimble, and increasingly knowledge-rich.”

Property Casualty 360 described those changes succinctly. Telematics is equipping insurers with a “wealth of data,” fundamentally changing the rules of the game. Insurers are using mobile to harness that data, analyzing people’s actions to sharpen actuarial models. User-focused business models are supplanting traditional approaches to insurance.

Common thread? We’re in a world of “software-defined everything,” to use Deloitte’s term. “The entire operating environment – server, storage, and network – can now be virtualized and automated.” Insurers who embrace that trend can elevate their infrastructure investments “from costly plumbing to competitive differentiators,” Deloitte said. Lower costs, better speeds and reduced complexity are the carrots. They’re also the future.