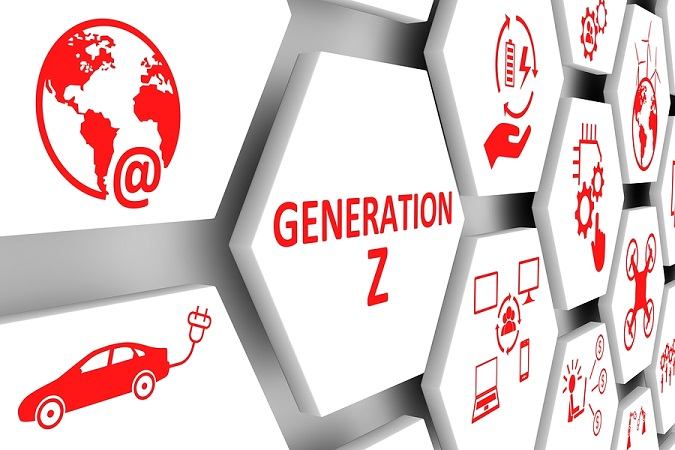 Kids these days … might surprise you. Never mind the stereotypes – and yes, let’s skip the part where we used to walk to school uphill both ways. As America prepares for another major generational transition, let’s take a look at who’s waiting in the wings, and how insurers can serve them best.

Who is Gen Z, anyway?

We’re talking about Gen Z, of course: people born between 1996 and 2010, now 9 to 23 years old. The youngest are starting third grade. The oldest graduated college a year ago.

And there’s a lot of them: one in five Americans is Gen Z, MediaKix said, and according to writer Nicolas Cole, they’re about to represent 40 percent of the consumer market. This generation is only just entering adulthood, but already they spend $830 billion a year (6.8 percent of total US consumer spending): a “massive economic force,” as MediaKix put it.

In short, this is a generation you’re going to want to get to know – so let’s talk about their perspectives.

Say hello to a generation

Gen Z is the most racially diverse generation in our history, Pew Research said, and politically, they lean further left than other generations. That said, having grown up in a post-9/11, post-recession America, Gen Z is also personally conservative, “craving predictability and order,” describing themselves as “responsible, determined and motivated to succeed,” according to AMA Triangle.

Finally, as the first true digital natives (Gen Z does not remember a world before smartphones), they’re tech-immersed: relying on mobile phones, often to the exclusion of other devices.

There are several ways that insurers can pivot to appeal to this important new demographic and begin meeting their needs.

What this means for you

Gen Z is the DIY generation – so give them the tools they need to self-educate. A good quote engine and an online chat window is a great place to start.

Imagine you’re talking to a self-starter who’s not impressed with conventional solutions that don’t actually address their concerns. What could you offer them?

Just as Millennials changed the conversation about workplace culture, Gen Z is poised to disrupt whole industries by finding alternatives to common problems. To deliver value, you’ll need to understand the economic and social challenges they face and propose products that really do help. UBI is one example, but don’t stop there: keep up with trends and incorporate meaningful innovation wherever you can.

While Millennials prefer “unique,” Gen Z leans “popular,” Vision Critical said. And whereas advertisers used to seek the blessing of celebrities, for Gen Z, it’s all about influencers (peers with platforms), said Ion.

The takeaway here is to present your offerings as fresh and current rather than formal and conventional, while building social proof in your marketing by incorporating images and authentic testimonials from young people.

It starts with an innovative mobile app. Fortunately, you don’t have to reinvent the wheel. Find out how to quickly and cost-effectively deploy our white label app, Silvervine Mobile. View our capabilities profile here.