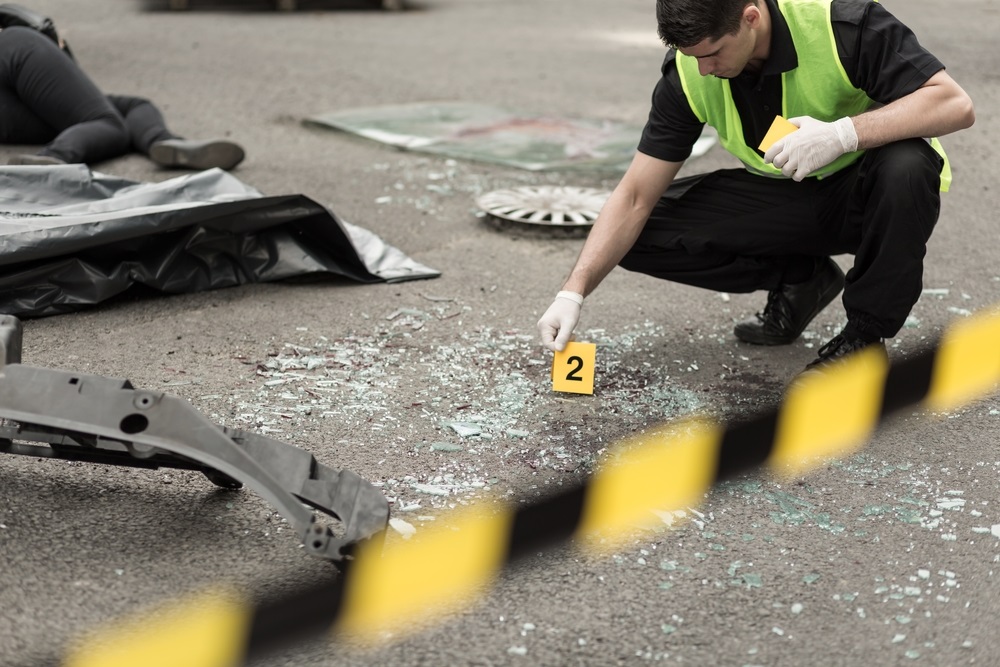 When cars crash, they get in the way of everyone else on the road. A long line of automobiles trails out behind the scene, its drivers waiting patiently for the flow to resume. Cleanup is, of course, what they’re waiting on. Traffic can’t pick up again until the way is clear. But before cleanup can even begin, an investigation team has to gather accident scene data.

“The Highway Patrol always tries to clear a crash scene quickly to prevent big backups, but it takes a long time to take the measurements and photos necessary to reconstruct a crash scene,” WRAL reported.

According to forensic reconstructionist and retired police lieutenant James Addison, troopers are “under a lot of pressure” when they’re gathering evidence in these situations. “To have a freeway closed for five or six hours to investigate a scene creates a lot of tension,” Addison said.

Which is why the Highway Patrol in North Carolina recently asked the Department of Transportation to find out how drones could help.

The longer it takes troopers to take photos, get measurements and document all the details, the longer the road stays blocked, and the worse the congestion. But it’s not an easy job to do quickly. In a recent Medium article, the drone mapping software firm Pix4D described what the job entails: “The most common ways accident responders currently document sites are with laser scanners, total stations, and photography, or a mixture of the three to gather measurable data and produce a 3D point cloud of the site. These methods, however, can take a large amount of time and require personnel trained in surveying, who may not always be on hand when an accident occurs.”

Here’s where drones come in. Instead of deploying a team of humans to spend an hour or more gathering evidence, authorities could deploy a drone to get the job done in half that time.

In some cases, a job that would have taken several hours can be knocked out in a matter of minutes, according to SteemKR. For example, when authorities simulated a head-on crash in Asheville, NC, it took a drone only 25 minutes to do what would have taken troopers two hours.

Now imagine how much that hour and a half might mean to the drivers stopped behind the scene, waiting to move along by. Using drones for this purpose is also safer for the officers involved.

Droves can “map a collision scene quickly, safely” from the air, WRAL reported. That is, they can save troopers the time they would otherwise spend at the roadside, where secondary accidents could occur. According to Pix4D, the Federal Highway Administration said that “every minute an accident continues to be a hazard increases the chance of additional accidents by 2.8 percent,” with traffic-related fatalities being “consistently a leading cause of officer death.”

Use for Accident Reconstruction (UAV) is one drone application that makes a lot of sense. On the scene of a collision, drones could help troopers clear the road faster, reduce the risk of a secondary accident or officer fatality, and alleviate the burden of investigative training procedures among troopers. For insurers, they can improve claims data quality and expedite the process.