Why Drones are Transforming P&C Claims 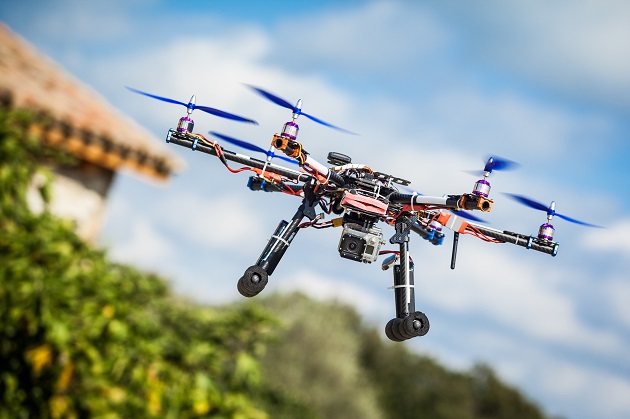 “Instead of a ladder, the claims adjuster brought a drone.” That one sentence so neatly sums up a powerful new trend. Penned last June by insurance writer Barbara Marquand (“Meet your new claims inspector: a drone”), the statement heralds a new era for property claims. “Rather than climbing onto a roof, an insurance company representative pilots a drone,” Marquand said. “The drone takes pictures and video while the operator stays safely on the ground.”

The result? A job that normally takes no less than an hour can be completed in just ten or 20 minutes – no slip-resistant boots required.

While the approach has its limitations (drones can miss smaller damages, and they can’t be used near airports or military bases), it’s become an important tool for big names like Allstate, Farmers, Nationwide and Liberty Mutual. In fact, according to Air Worldwide, drones are transforming the industry:

According to Accenture, a twenty-minute drone flight “can take 350 images of a property and help find moisture trapped in roofs, produce 3D models and elevation maps, calculate flood risk, and more.”

Theory aside, let’s look at drones in action.

Last August, property insurers flew “dozens of drones over homes and businesses” to assess the damages that Harvey wrought in Texas. Meanwhile in Florida, Citizens Property Insurance Corp. deployed a phalanx of drones to inspect 500 roofs when Texas-based insurers were (for obvious reasons) otherwise occupied.

In the case of Citizens, for example, the hurricane response this year was “noticeably improved” from 2004 and 2005, when 2,000 adjusters had to handle more than 123,000 claims, saddling hundreds of homeowners with delays.

Beyond inspecting roofs, drones can fly into fire-damaged buildings, manufacturing plants, and places where chemical toxicity is suspected. “The French global insurer AXA reported in 2016 that it was using drones in a variety of applications in France, Switzerland, Belgium, Mexico, and Turkey,” Accenture said.

When evaluating a drone solution for your P&C claims department, Rosalie Bartlett at the drone firm Kespry suggested you look for the following functionality:

Pro tip: don’t let your drones collide with aircraft. According to Insurance Journal, new research commissioned by the U.S. Federal Aviation Administration found that the “millions of small civilian drones plying the nation’s skies can cause significant damage to airliners and business jets in a midair collision.”

As it turns out, drones don’t just expedite claims – they can cause them, too.