Is the Insurance Industry Ready for Flying Cars? 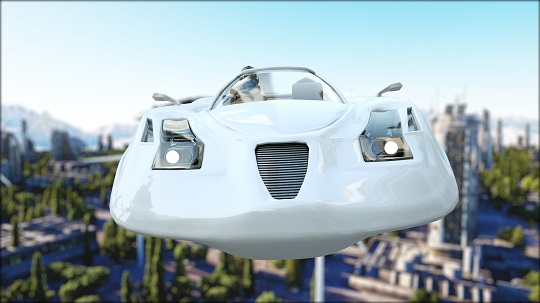 The idea of flying cars has been around for decades, but only recently has the discussion gotten serious. Several companies have announced plans for flying cars. As with autonomous vehicles, the questions that arise are less about technology and more about concerns regarding insurance, safety and regulations.

Flying cars present some obvious safety issues. Adding more directions (up and down) makes driving more complicated. Running out of fuel can be an inconvenience on land, but it’s a disaster in the air. Crashes become much more severe when they involve plummeting to the earth.

In its paper on flying cars, Uber admits that the rate of fatalities per passenger mile is twice as high for relevant flights (Federal Aviation Regulation Part 135 operations) than it is for privately operated vehicles. However, Uber also asserts that the rate can be improved for vertical take-off and landing aircraft like what it proposes.

Emerging technology could help. The Insurance Institute for Highway Safety found that automatic braking technology reduced the incidence of rear-end crashes by 40 percent, and Business Insider explains why self-driving cars will be safer than cars operated by humans here. Similar technology could make flying cars safer in the future.

Although the designs for flying cars vary, they’re generally made to drive on roads like regular cars and fly. This leads to questions about how they will be regulated—as cars, as planes, or as something else? There are also issues of flight path and airstrip requirements.

PAL-V addresses some of these concerns on its website. The company says it is developing its flying car in compliance with regulations in the United States and Europe. Eventually, the company wants to certify its vehicles in every country in the world. To operate a PAL-V vehicle, individuals need both a driver’s license and a pilot’s license, and the recommended runway length is 900 feet.

This is already a difficult time for car insurers in many ways. Auto accidents are currently on the rise. Property Casualty 360° points to several causes, including more drivers on the road and more distractions. On top of this, technologically advanced cars are leading to more expensive repair costs.

Again, PAL-V has taken steps to address this issue. On its website, the company says it is working with insurance companies to ensure that insurance is available when their flying cars release.

If flying cars are to take off, issues of safety, regulation and insurance will require a serious look. Among other things, insurers will require a nimble, adaptable policy administration system to facilitate online insurance sales and mobile/chatbot facilitated policyholder services. After all, those who buy flying cars will never be satisfied with old-school insurance transactions!  Request a Silvervine insurance software demo to learn more.