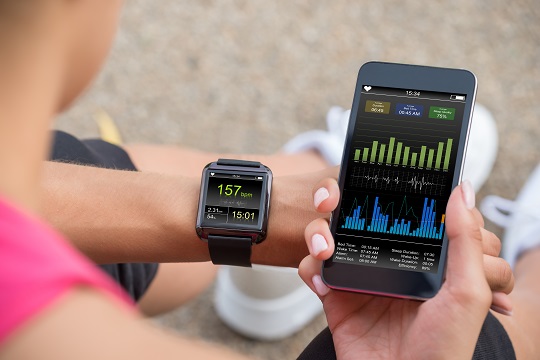 In 2014, Google acquired Nest Labs. It’s a home automation device company, and it cost $3.2 billion. Nest makes smart thermostats: a device that “learns a user’s habits over time and adjusts the temperature accordingly,” according to Forbes. The thermostats can also talk to other devices, profile human behavior and anticipate user needs. It’s just another example of IoT, and it’s been around for a couple years. But if smart thermostats aren’t new, the way Google could use them to expand its advertising reach could be.

What does IoT mean for insurance?

“Internet of Things (IoT) refers to objects or devices that can be uniquely identified through radio frequency identification, and their virtual representations in an Internet-like structure,” Forbes said. “According to Gartner, there will be 26 billion devices on IoT by 2020.”

Google in particular seems poised to capitalize on multiple sources of IoT data for advertising purposes (for good or evil). But using connected devices to expand one’s access to customers isn’t just the prerogative of Google. As streams of data emerge and converge, insurers that take a forward-leaning posture may also rake in the benefits.

Let’s say a policyholder has Nest in their home, and the thermostat registers a pattern of abnormal temperatures: translation, HVAC problems. An insurer could follow up with a friendly notification (we noticed your heater may be malfunctioning) with helpful suggestions (can we recommend a contractor?) or ways to streamline claims (if you need to file, you can start the process on our app).

Fitness tracking devices collect a lot of health data. In the hands of an insurer, this data could add value to customers by tailoring education and incentives to their workout.

For example, let’s say a policyholder starts a new exercise routine. Their insurer could take the opportunity to weave a closer relationship, help the user achieve their goals, and inform them about useful products:

Say congrats when the policyholder meets a fitness milestone
Offer the occasional fitness tip (e.g. what to do after a workout to prevent soreness) or bit of trivia (did you know you breathe 12 gallons of air every hour?)
Suggest relevant insurance products they may be interested in

Let’s talk about Chromecast. It’s a line of digital media players – dongles – that stream content from the Internet to a high-def TV or home audio system. The devices don’t just deliver content, though: in the future, they could be put to work collecting data on which content, and how much, users consume.

This may be a long shot, but let’s imagine a world in which Chromecast and fitness trackers join forces. Todd Saunders at Search Engine Land painted this picture:

“A user just watched a horror flick on Chromecast, and their heart rate is elevated — it may be a good time to send them products for the risk-averse, like … insurance. Help them feel better!”

To be sure, what we’re brainstorming here has yet to come down the pike. And, admittedly, there are two sides to this coin – both the creepy and the compelling. Nevertheless, innovations like these are already in the wings. When they arrive, is your insurance software nimble and smart enough to adapt and capitalize? Silverware Software is.

Request a demo to see our solution in action.