How to Fight Insurance Fraud with Social Media 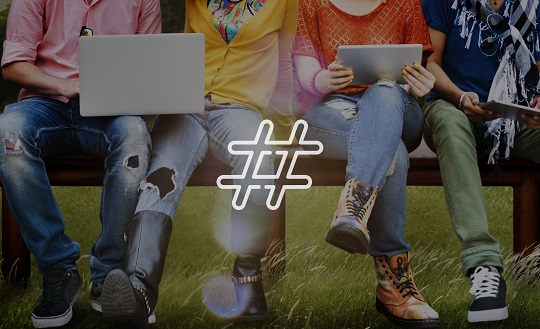 It’s a common stereotype: social media is a trivial rumor mill of little consequence. But as with most stereotypes, the reality begs to differ. Social media is a channel for news, activism and marketing. When used intentionally, its impact is anything but trivial.

Earlier this month, Property Casualty 360 Contributor Dennis Jay wrote about the role social media can play in insurance fraud, for better or worse.

It’s easy to find examples of social media encouraging fraud. Search Twitter for the hashtag #BoutToSlip, for instance. The most popular meme shows a grocery store aisle with the caption: “I prayed and asked God to increase my finances and BEHOLD I found a wet floor with no sign in sight.”

Snark like this lets off steam and makes people laugh. There’s nothing wrong with that. At the same, it also normalizes the idea of fraud, reinforcing it as a playful and possible option. As a result, “Fraud gets ingrained as a logical, even hip, life choice,” Jay said.

Social media can reach the world

The solution, of course, isn’t to start telling people how they should or shouldn’t joke. Rather, it’s to reclaim the power of social to spread a different message.

How far can a message spread? There’s honestly no telling. “Social media is America’s digital village square,” Jay said. “Most of 75.4 million millennials gather here … Tens of millions of older adults, including boomers, are avid social users as well.”

Which social messages are most effective?

Jay pointed out that social messages spread most effectively when they’re visual, which is true. He suggested that insurers make an effort to create a customer culture with zero tolerance for fraud by generating highly-visual, mobile-friendly content that sends a four-point message: “Fraud victimizes everyone. Committing fraud can wreck your life. Go slow, stay alert, avoid being victimized. Report scams.”

What he didn’t say is that in order for social messages to spread effectively, it’s not enough to make them visual. They have to be valuable as well. In other words, they have to be funny or truly striking. They have to tell a story that’s entertaining, moving, or unforgettable. Bottom line, social media will not be consumed unless it brings something to the table that customers are hungry for.

Social hubs that can support your fight against fraud

If you aren’t ready to generate original content of your own, you can access anti-fraud materials through the Coalition Against Insurance Fraud, which publishes social content on Facebook, Twitter, YouTube and Tumblr. You can also search the hashtag #FraudBuzz. Jay offered tips on how to engage in conversation with social users who are thinking or joking about fraud online.

There are other resources, too: the National Insurance Crime Bureau posts updates about fraud on Facebook, as do regional organizations and some insurers.

All of these resources have potential to help an insurer fight fraud. They all bring something to the table. But in order to leverage these and other innovations, an insurer’s claims system must be able to capture and flag data related to fraud. Is your system up to the task? Let’s make sure the answer is yes.

To see how Silvervine Software can help, request a demo or download our overview brochure.