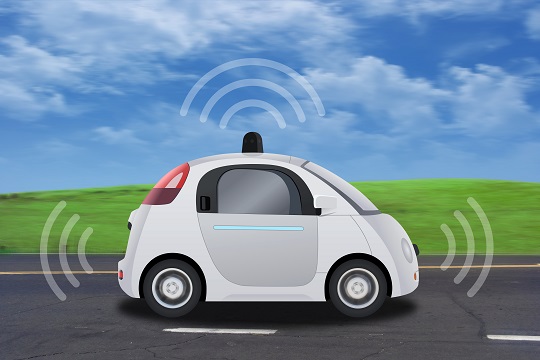 What’s new in the world of self-driving vehicles? Quite a bit, actually. Here are five new developments on the path to autonomous driving. Auto insurers, take note!

1.Thirty different companies are in the race. According to Business Insider, 30 companies have autonomous vehicles in development, including “tech heavyweights” like Apple, Google and Uber, as well as traditional manufacturers such as Audi and BMW.

3.China takes the lead in the race to regulate. “China is coming up fast in the outside lane with a regulatory structure that could put it ahead in the popular adoption of autonomous cars on its highways and city streets,” said Jake Spring at Yahoo! News. The plan, which may be unveiled later this year, establishes technical standards for autonomous cars, a unified regulatory framework, and a language that the vehicles can use to communicate with infrastructure and each other. The strength of the plan is its standardization. By taking a top-down approach from the start, China can sidestep the delays that come of the patchwork approach to regulation used in the U.S. and Europe.

4.By 2020, expect 10 million self-driving cars. With all this pioneering and advocating in the works, is it any surprise that BI Intelligence predicted 10 million autonomous vehicles on the road within the next four years? Given the fact that many of today’s cars already have self-driving features, let’s be clear: we’re talking about vehicles that can accelerate, brake and steer with little to no help from the driver. But before these cars can deliver on the promise to make roads safer and lives easier, certain roadblocks must be removed: in particular, costs need to fall, and regulations need to come into focus.

5.Even big rigs may go autonomous. Yes, it’s true. In the not-so-distant future, robots may be taking control of 18-wheelers, if Otto, a San Francisco startup has its way. The company aims to equip trucks with software, sensors, lasers and cameras so they can literally drive themselves while their human drivers sleep, The Big Story reports.

Of course, autonomous vehicles will require a whole new kind of auto insurance. Can your legacy system easily roll out an all-new product? If not, it may be time to consider Silvervine Software. Download our Overview Brochure here. You may also be interested in our “Losing Your Legacy” white paper.