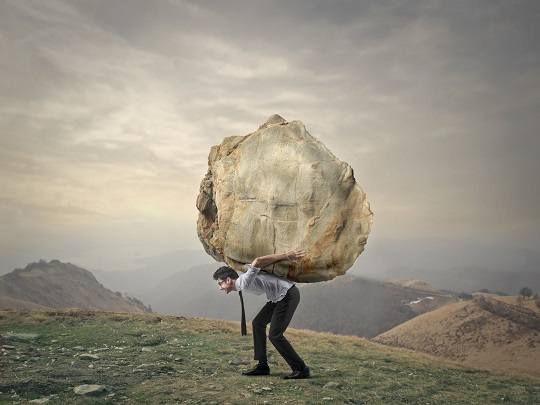 The costly business of being a laggard

The insurance industry has more laggards than leaders, Reuters reported last February. Perhaps that’s due to the industry’s traditional culture. Perhaps it’s due to an unwillingness to make the financial leap and invest in the up-to-date IT tools that are fast becoming operational necessities.

Actually, there’s a word for that. When a business underinvests in its systems, IT leaders call it “technical debt.” It’s not just an analogy, either. Technical debt points to the real costs involved in bringing legacy systems and software up to speed.

“Here’s a scary thought,” said Robin Macpherson at Life Health Pro. “Many insurance companies are still using technology created decades ago – and for critical functions.” In many cases, players in the insurance space have opted for technical debt rather than investing in more effective insurance software systems, choosing to chip away at outdated systems, make piecemeal improvements, and put out fires as they flare up.

As you might imagine, the results of that approach include major inefficiencies, breaks in the lines of communication, and the particular tangle of extra work that comes from managing disparate insurance software systems from isolated platforms. Bottom line, outdated and inadequate technology is difficult to use and costly to maintain.

What’s worse, this approach ties an insurer down at a time when agility is everything. Carriers may be able to get necessary work accomplished with legacy tech, Macpherson said, “but are well behind other industries in terms of providing the level of service that customers increasingly demand in 2015.”

With IT in that condition, they “may not have the architecture suitable for online functionality or the new capabilities, features and functions being demanded in today’s marketplace.” In a fast-changing market, that lack of agility may be the most costly result of all.

How to give up firefighting?

The path out of the burning building is lit by a little sign labeled “Core System Modernization.” That’s number one on the list of top tech trends according to Insurance Networking News, and the first step in making a comprehensive shift from reactive to proactive.

“When you have industries that are as old as ours, there’s a lot of legacy,” said Kristin Kirkconnell at American Family Insurance. “And unless you revitalize it, it becomes an anchor; it impedes your ability to move and to move quickly. So, we have to get rid of those anchors.”

With a consolidated system for policy and claims administration, data-driven workflows, automation of tasks and information aggregation, an insurer can take an active posture in strategizing where they want to be as the future unfolds.

And it’s worth it. According to Reuters, “a full transformation to becoming a digital company could cut an insurer’s combined ratio by 21 percentage points.” Wow!

The good news? Core system modernization can be less costly and cumbersome than you might expect. Ask us how you can get Silvervine Software’s insurance software up and running with a minimal upfront investment and a six-month implementation time. Contact me to learn more.