Which Device Will Become the Next Smartphone? 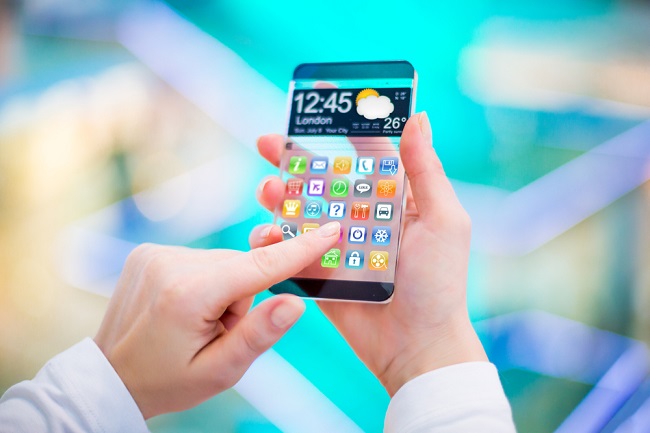 According to BI Intelligence research analyst Laurie Beaver, the smartphone is unique among devices … for now. But it may not stay that way. Based on the research that Beaver presented in his recent slide deck, “The Next Smartphone,” let’s take a look at what the future might hold for the devices that are vying for the top.

As the fastest-adopted tech out there, smartphones took only around six years to penetrate 70 percent of the population. Compare that to the 35-40 years it took computers to do the same or, in second place, television, which took 16 years. According to Beaver, at this point if a Martian were to visit planet Earth, their first impression of smartphones would be that “everyone has one.”

Smartphones are also unique in how much time we spend looking at them. They’re “where we spend most of our digital time,” as well as the “central hub for our digital lives,” Beaver said. Smartphones offer us apps for everything from cameras to wallets, and we take them everywhere.

But as Beaver pointed out, “things change.” The smartphone will not be king of device mountain forever – so, what will take its place? When Beaver set out to answer that question, he found another, more primary question to answer first.

Will anything take its place?

Before we can say which device will succeed the smartphone’s throne, we have to ask: will anything? Will another device become the dominant tech in our lives, our everything, everywhere solution – or will that throne simply not exist anymore in its current form?

To test this out, Beaver pitted the smartphone against three contenders: the smartwatch, the smart speaker, and the connected car.

None of these devices compared with the smartphone across all four of those categories of uniqueness mentioned above. For a device to supplant the smartphone, it would have to get a check mark on all four:

So, the smartphone’s hold on the throne is safe. But here’s the funny thing. After Beaver evaluated the three new candidates by these four criteria, he turned around and evaluated the smartphone, too – and based on predictions about the decades to come, it didn’t pass, either.

His conclusion, it seems, is that in the years ahead, not even the smartphone will have the chops to be the next smartphone.

Yes, we’ll all have one.

But there may come a day when we no longer spend most of digital time on our smartphones, as other devices in other environments (the connected car on the road, the smart speaker in the living room) guzzle up some of that time. Can we take those everywhere? No. But they’ll take up some of our time.

And as they do, the smartphone will no longer command its unchallenged position as the central hub to our digital lives. There may be no central hub in the future. There will be a few different hubs.

One thing that won’t change? The customer’s desire for a seamless experience. That may prove a tall order for users toggling among devices from one environment to another. For insurers providing digital services across that landscape, it will be an order that’s important to fill.