How Policyholders are Using Claims Technology 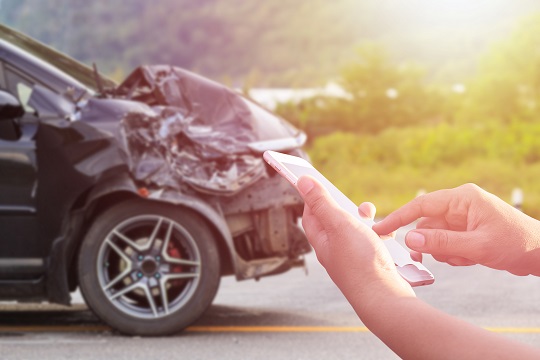 In a recent post, we sketched the future of insurance: increasingly rapid change, artificial intelligence transforming the industry, and insurtech startups choosing to offer insurance themselves, with or without distribution partners.

One of the areas where technology has made its biggest promise is in claims. The value proposition for policyholders here is clear: a faster first notice leads to faster resolution. With speed and satisfaction as the goal, various claims technologies offer insureds a chance to blaze through the paperwork, get their check faster, and put an unpleasant experience behind them.

Lemonade is a good example. The insurance startup is using AI to smooth the process for claims approval: replacing “endless paperwork” with speed and transparency.

Policyholders aren’t catching on. According to J.D. Power, auto policyholders are reluctant to report losses via insurtech tools such as mobile insurance apps, “despite a significant advertising and development investment.” They would rather talk to a claims adjuster over the phone.

Even those who purchased their insurance online may not prefer to report the first notice of loss (FNOL) electronically, said Patricia L. Harman at Property Casualty 360. While 22 percent of auto policyholders began communications with their insurer online, only 9 percent choose to make their FNOL the same way.

It makes sense. Digital communications are fine for the day-to-day, but this isn’t an everyday kind of situation—it’s a crisis. Do you trust the app to take care of you? Or would you feel better talking to a human? In Harman’s words, “there are still certain areas of the claims process where the human touch is proving difficult to replace.”

Once FNOL is past, however, policyholders’ use of digital tools increases, J.D. Power found. Sixteen percent of claimants used mobile apps to upload photos of damages and get status updates. Those who did scored 33 points higher on satisfaction than those who did not, with individual satisfaction varying by generation.

It may be that within the claims process, the real benefit of an insurance app kicks in after FNOL. The apps are terrific for smoothing communications once the claims process has begun, making it easy for policyholders to offer important information, while keeping them clear on where they are in the process.

That said, consumer preferences are likely to evolve quickly. Those in generation Z, born between 1996 and 2010, currently make up 25 percent of the population and roughly half of them are now old enough to drive. This is the generation that grew up with smartphones, with no memory of a pre-digital world. While millennials don’t prefer to report their claims on an app, it may be more appealing to generation Z.

Is your policy administration system ready for GenZ? Download our free report, “Five Mobile Gamechangers” to learn how Silvervine Software can help.