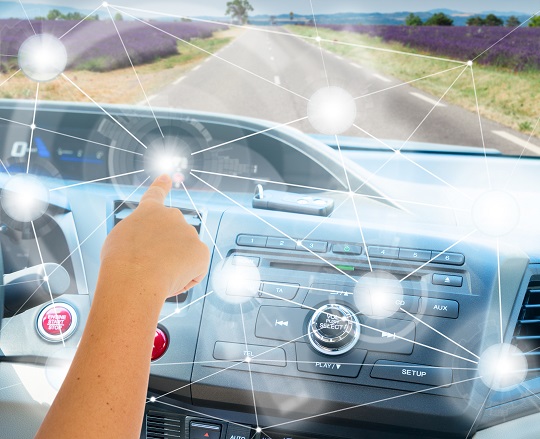 Last year, Business Insider predicted 10 million driverless cars on the road by 2020. Now that we’re winding down the year, with 2018 just around the corner, how far have self-driving cars driven toward that milestone? It’s time for another autonomous car roundup.

According to Forbes, that prediction is still solid, and in line with it, the California Department of Motor Vehicles is planning to allow driverless cars on the roads within the next year.

In past roundups, we’ve noted that major brands like Google and Lyft have been pushing for regulations to normalize driverless technology. Yet as of this fall, those regulations are still in short order. “Unlike rules for the design of a seatbelt or airbag, the federal guidelines for automated vehicle systems are voluntary,” reported Patricia Terpstra at WXYZ.

The rationale is that with fewer regulations on autonomous vehicles, innovation may move faster: putting more driverless cars on the road, decreasing human error in collisions, and bringing traffic fatalities to a new low. The question is whether we trust automakers and tech firms to police themselves for safety. For Jackie Gillan, president of Advocates for Highway and Auto Safety, the answer is: not necessarily.

Take the Tesla crash from 2016, in which a car running on autopilot got into a fatal collision when, confusing a white truck with a white sky, its automatic braking system failed to kick in. To be clear, a crash like this is statistically insignificant: autonomous collisions are much less frequent than crashes stemming from human error. Yet the story raises important questions. The crash was partly the car’s fault, according to the National Transportation Safety Board (NTSB). It allowed the driver to go long periods of time without interacting with the car. Tesla adjusted the system to prevent similar incidents in the future, as any smart manufacturer would – otherwise, who would buy from them? But here’s the rub: manufacturers have no regulatory obligation to share such lessons with competitors. They face a conflict of interest between consumer safety and competitive advantage.

“We don’t think each manufacturer of these vehicles needs to learn these lessons independently,” said Robert Molloy at the NTSB Office of Highway Safety, said Terpstra.

This is why regulations exist: to require corporations to do the right thing even when it doesn’t drive profits. John Simpson from Consumer Watchdog would agree, pointing out that the stakes for software testing are higher in autonomous vehicles, In fact, software glitches could actually kill you.

But Department of Transportation is holding to its stance that at this point in the game, the value of unencumbered innovation outweighs the benefits of safety regulation. It remains to be seen if the U.S. Senate will agree.