Will Insurance Risk Managers Be Using Drones in the Future? 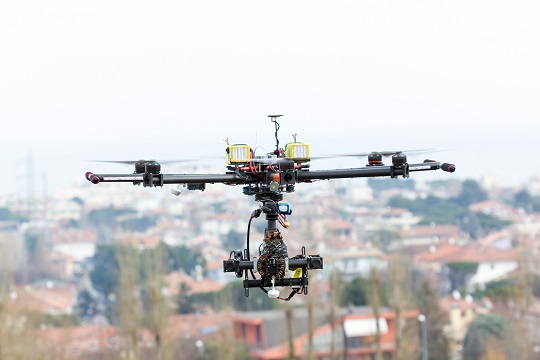 The federal government recently issued new rules for the use of commercial drones – and at least one insurance industry group, the National Association of Mutual Insurance Companies (NAMIC), is happy about it. Drones have the potential to play a significant role in the insurance industry, and the new guidelines leave plenty of room for that possibility.

What kind of work do commercial drones perform?

Commercial drones represent an emerging industry, as evidenced by new degrees that some institutions have rolled out to focus on them. For example, Embry-Riddle in Florida is among “a small but growing group of colleges and universities” to offer a degree in drones, or unmanned aircraft systems (UAS), said CNBC.

The tasks that drones can perform are many. According to Boston.com, a subsidiary of the Boston Globe, their uses may include delivery, wireless Internet service, news coverage, photography, agriculture monitoring, wildlife documentation and rescue missions. The magazine Wireless Design & Development added replanting forests, delivering medical supplies and protecting wildlife to that list.

What are the new guidelines?

The new guidelines from the Federal Aviation Administration (FAA) allow a number of businesses to use drones weighing less than 55 pounds to do select tasks, if they’re flown at least five miles from an airport, under 400 feet, and during the daytime. “Pilots must be at least 16 years old and have passed a written test,” said Caitlin Bronson at Insurance Business America. They are not (yet) allowed to deliver packages.

But “allowed” may be too strong a word. The FAA guidelines are not binding to state and local governments, which remain free to continue issuing their own rules for the use of drones.

How do the FAA guidelines affect insurers?

NAMIC approves of the guidelines in large part because of their flexibility. The FAA aimed for safety, but left plenty of room for growth, innovation and freedom within this emerging industry. For example, the guidelines don’t prohibit drones from flying over people, or out of the operator’s line of sight: two limitations the FAA had been considering, which NAMIC pushed back against.

“The group was particularly interested in how the rules would affect insurers’ ability to use commercial drones in the aftermath of a natural disaster to enable swifter claims processing for victims,” Bronson said.

Property Casualty 360 acknowledged the same benefit from drones to insurers. “Rather than subject its personnel to undue risk, an insurance company can use a drone to examine property with limited access,” said contributor Jayleen Heft. “This can provide data more quickly and with fewer hazards to company employees.” The new FAA guidelines allow for uses such as these.

Will your risk managers be using drones in the future? The chances are good. Is your insurance software robust enough to collect and interpret data from unmanned aircraft systems? If not, talk to us. The Silvervine Software system, in conjunction with Information Builders offers innovative data intelligence features.