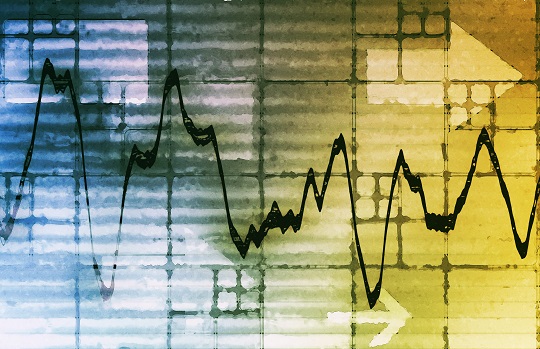 Insurance Information Institute released a report this February on the trends, challenges and opportunities that are expected to shape 2016. So what’s new? Here are the highlights.

Profit by line: Where’s the money?

Personal and commercial lines are still split 50/50. It was true two years ago. It’s still true. Within personal lines, private passenger auto is the most important source of industry profits at $190.3 billion. Speaking of which, the frequency and severity of auto accidents was up in 2015, and will remain so this year too.

Profitability thermometer: Have we recovered?

However, due to persistently low interest rates, investment income fell in 2012, 2013 and 2014. According to III, low combined ratios are necessary to offset the decline in investment yield.

Through the last 50 years, profitability peaks in P&C have occurred roughly every decade. The return on equity in P&C is expected to hit its next peak between this year and next.

For auto and homeowners insurance, profitability varied a great deal across state lines. These lines are sensitive to economic conditions. For example, after a deep trough in home construction in 2009, we’ve seen a steady rise since. Job growth and low inventories of existing homes should continue to spur new construction.

Homeowners insurance combined ratios have dramatically improved in recent years, following the large CAT losses of 2011 (record tornado activity) and 2012 (Hurricane Sandy). Hawaii was the most profitable homeowners insurance state between 2005 and 2014, thanks to the absence of hurricanes.

Private passenger auto has shown remarkable stability, hovering at 101 to 102.4 combined ratios since 2009. That said, frequency and severity of losses were up across most coverage types in 2015, which is a trend that is expected to continue in 2016. For the years between 2008 and 2012, high fuel prices suppressed miles driven, helping to temper frequency and severity. In fact, vehicle death rates fell by nearly half between 1990 and 2010. Now, with low fuel prices, that trend has reversed and fatalities showed a slight increase in 2015.

Politics: How does the White House impact profitability?

The president’s political party bears an impact on P&C profitability, albeit a marginal one. Between 1950 and 2015, Democratic presidencies have correlated with an average P&C profitability of 7.72 percent; Republican, with 7.85 percent.

Mergers and acquisitions jumped in 2015, and are expected to hit their highest since 1998. Insurers are paying attention to how technology is transforming the industry. Interest will continue to surge through 2016. Hot innovations include driverless cars, rid-sharing, home-sharing, drones and the Internet of Things.

Stability, volatility: What to expect?

Private passenger auto has exhibited remarkable stability since 2008. The forecast says this will continue into 2017. For homeowners, it depends on the region. While overall performance has been climbing steadily in the last few years, extreme regional variation is to be expected.

Disasters: Which were most costly?

Twelve of the 16 most expensive weather events of U.S. history have happened within the last twelve years.

Ready to power your future?

Today, industry disruption is at an all-time high. Rest assured, that Silvervine is staying ahead of the curve with mobile policyholder access, direct-to-consumer technology, advanced data mining and more. Silvervine was founded in 1996 and has powered the P&C insurance industry for the past 20 years – through high and low combined ratios, volatile loss trends and all kinds of political climates. When you’re ready to prepare for the future, take a close look at Silvervine Software – the forward-thinking platform that can take you there. Download our Overview Brochure to learn more.