The Future of Auto Insurance: 4 Vehicle Innovations that Could Rock the World 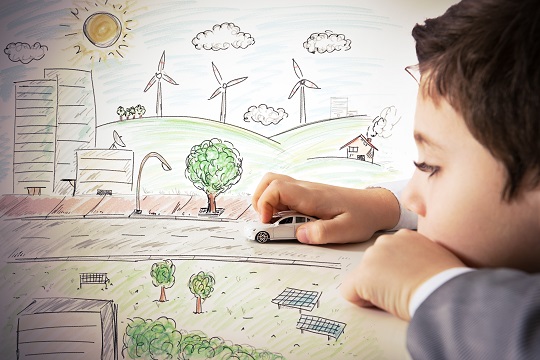 It would be an understatement to say we’ve seen some innovations in car design lately. Innovations, rather, are rocking the auto world.

With cars and trucks evolving new functionalities left and right, auto insurance too is bound to change, if only to keep up with a new set of risks and unknowns. Below are four auto industry innovations that are sure to bear an impact on how insurance is done, if and when they enter the market.

The cars in question are modeled after Heathrow pods, which, if you’re not familiar, are the electric passenger shuttles used at Heathrow Airport. Unlike the pods, London’s newest driverless cars won’t need dedicated tracks – though just how they’ll work has not yet been unveiled.

2. Toyota seems to be trying to build a flying car.

All right, that’s an exaggeration. While the fantasy is exciting – who hasn’t wished for a hovercraft? – the goal in this case isn’t really to make the car float, but to give it just enough lift to reduce friction while traveling. Still, the patent application does call it an aerocar, so let’s run with that.

3. The cloud is helping cars talk to each other.

V2V communication refers to the exchange of data among connected cars, as well as with drivers, stop lights, bus stops, home, office and mobile devices. Thanks to the cloud, which has the scalability to accommodate the skyrocketing data this would require, tomorrow’s cars could be so much smarter.

4. Land Rover wants to let you see through your car.

Sometimes, when parallel parking or driving along a narrow road, for example, it would be really nice to have X-ray vision. If you could just look through your hood and see the edge of the road with your own eyes, some things would be a lot simpler. That’s exactly what Transparent Bonnet is designed to do.

In a world that’s changing as fast as this, agility is essential

That, too, is an understatement. Innovations like these and other raise so many questions:

How will driverless cars affect collision rates? What would happen in the case of system malfunction? If a crash took place, which party would be liable?

With less friction between wheels and pavement, will drivers be more or less likely to lose control of their vehicles?

How will an unprecedented volume of inter-vehicle data affect vehicle operation in the future?

Would an invisible hood make it easier for drivers to avoid fender-benders? Could it affect the way people handle their vehicles in unforeseen ways?

Make no mistake, the answers will surely unfold – but for now, this at least is certain. Insurers can’t afford to be IT laggards any longer. Auto insurance must keep pace with auto innovation, and that means being ready for whatever the future might hold.

Download the Silvervine “Losing Your Legacy” white paper to learn more about how we can help.